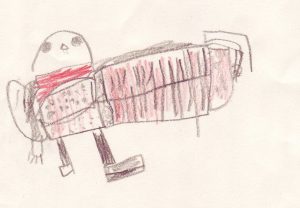 I play traditional music on the melodeon and harmonica. My musical education took place largely in the pubs of Suffolk as a young adult, where I learned much from an older generation of musicians. Since then I have spent most of my life either playing traditional music or passing it on to others in one way or another.

Until October 2017 I was Artistic Director of the East Anglian Traditional Music Trust.

Seventeen years of work is summed up in a presentation I did for the EFDSS Folk Educators’ Group in June 2017, which you can see here (but there are only a few words of explanation as it was designed as an aide-memoire for me to talk over!):  FEG 2017

I am now a freelance performer, tutor, researcher and animateur.

I started playing the melodeon whilst at university, teaching myself to play through listening to others. This was at a time when English traditional music was experiencing a renaissance and there was no shortage of exciting recordings and events to inspire me.

After moving to Suffolk in 1978, I spent many hours in pubs playing alongside traditional musicians and in 2000, with the founding of the East Anglian Traditional Music Trust, the music of my adopted locality became a huge focus for research and performance.

I play and learn by ear. I love the fact that learning by ear opens up music-making to people from all walks of life and I have taught many people to play instruments and express themselves musically in this way.

You can find out more about tuition opportunities, my music and bands on the relevant pages. There’s also a detailed CV on the biography page.

In 2010, my husband John Howson and I were awarded the prestigious Gold Badge by the English Folk Dance and Song Society. You can read the EFDSS Gold Badge Citation here.